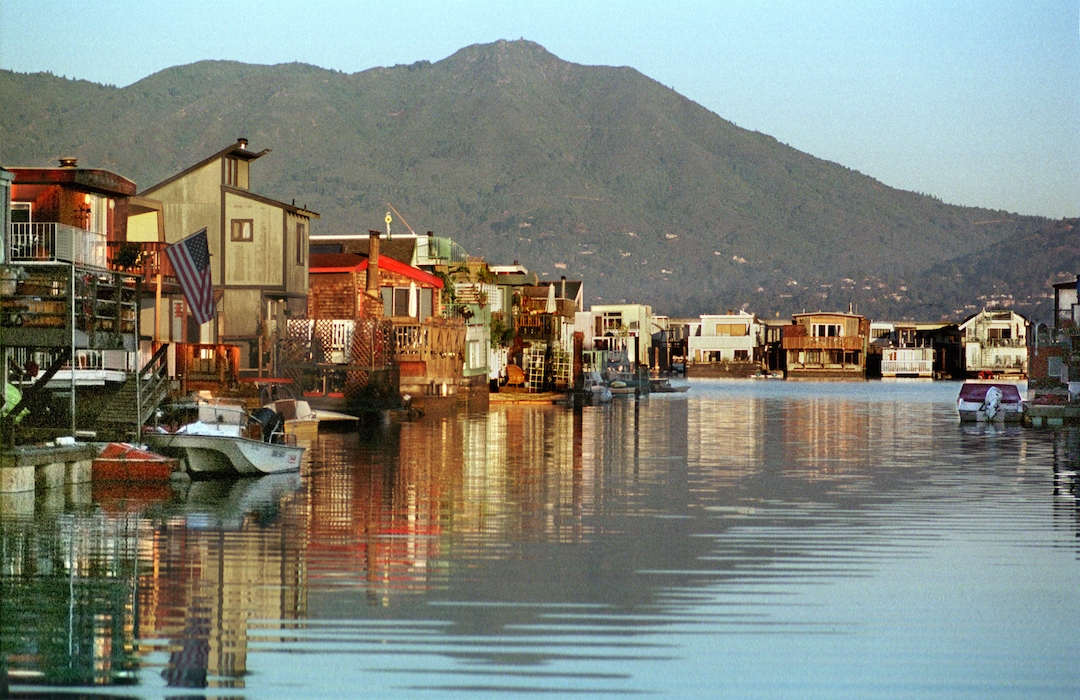 We need to speak about Shelly

For years sitting as an empty hole on the eastern shores of the harbour, an eyesore, a broken tooth, a derelict blot on the landscape left behind by the departing Defense department â€“ we Wellingtonians had joy in our hearts and hope in our chests when, just over a year ago, the derelict blot of Shelly Bay was decreed to at last be on the move, to be transformed, with ownership finally settled and a large name tag: Sausalito of the South !

Visions of floating house-boats filled my mind – Sausalito is, to me, famous most of all for it’s floating city – and a rich diverse architecture of slightly hippyish people keen on forging new homes out of recycled materials. Just over the Golden Gate bridge from San Francisco proper, Sausalito is home to the counter-culture as well as a sometime home to academics at the nearby monstrous university at Berkeley.

There are a huge amount of parallels with the community at Shelly Bay, which similarly exists not far from the city of Wellington, and exists on the side of the harbour not far from the monstrous world of Weta. There is similarly a semi-derelict world of architecture at Shelly Bay, not yet recycled and not yet floating – in fact, much of it is definitely sinking. The wharfs are steadily collapsing, something that no one seems particularly worried about, and there appears to be a nice art gallery, a man who makes screen print T-shirts, a cool shop with nautical whirlwind quirky knick-knacks, and of course the relocated world-famous Chocolate Fish Cafe.

I was excited when Port Nic Settlement Block got the land back – well deserved and long overdue – but slightly disappointed when Ian Cassells became involved, although maybe that’s just me. He is a developer who likes the slightly tatty look, having perfected it in Cuba St where it fits into the Left Bank quite well. The tanalisation of Cuba Street, as Tommy Honey once tagged it – a phrase that has stuck with me ever since. I don’t mind the style – slightly silvering, steadily aging, pinus radiata everywhere, and a quirky aesthetic, but I do mind that he doesn’t seem to select very good designers. I’m not sure who designed Left Bank, but it is terrible design in so many ways – I can’t even call it architecture as it is just badly jumbled forms and semi-finished buildings that look like they were designed by a third-former with a stubby crayon. Not a good look. Yet somehow, here, it works. Bohemian sells.

However, while the slightly down-at-heel ethos may work well with Cassells and his team, I’m not quite so sure what Port Nic gets out of it. Dave Armstrong at the DomPost puts it well here, worth reading, even if the metaphor goes on for too longalito. Wayne Mulligan puts forward a very different viewpoint here, on Waatea News.

The development company is apparently a joint venture between Cassells and Port Nic, although I’m not sure whether it is a 50/50 split, and I have no particular opinion on whether or not the Council land should be sold at one price or another, unlike some over at Scoop. Frankly, I couldn’t care less. What I do care about however, is the quality of the architecture and the public spaces at the completed development.

Let’s start at the beginning (a very good place to start). Transport first. The (current) road is winding, and the road is long. There are only two places to get off it – one on the east side over in Worser Bay, and the one on the south-west end at Miramar wharf. The thought of 500 cars driving from there to the CBD every morning is hideous – above all, the traffic needs to be sorted first.

At least when the Defense force were living there, they probably just stayed on site, or maybe sailed away – and that is the answer. A ferry service simply HAS to be part of the solution. Driving to town certainly isn’t. We don’t want to add any more to this pinch point…

Of course, if there was a Light Rail solution to the airport, people at Sausalito South could easily walk or bike to the station and leave any cars at home. Perhaps that is one of the answers – plan for there to be absolutely no car-parking on site. Bicycle only. That might work. Are they rich folk or are they poor people? Fat fuckers or skinny lab rats? Real hard-arsed cyclists or just Mamils looking glossy and sweaty? Weekend warriors or everyday isabellas?

That might also really piss off the wealthy toffs who might want to live there too – and for that, I say, tough cheese. If Port Nic is involved, this development shouldn’t be aimed at the upper echelon of Pakeha wealth bracket, but perhaps at the lower cost end of the market – poorer people, browner people, yes indeed, Maori people, the goblin folk working away at Weta perhaps, or the orcs working at the airport, or the hobbits in Rongotai and Kilbirnie retail. Not the Elvish overlords of the city in the CBD in their Porsches and Mercedes. Not them. Not this time. They spoil the party. Although, of course, they are the ones who can afford to pay for the party.

But the architecture is, as always, for me the main thing. The renderings we have seen so far are neither here nor there, neither good nor bad, they’re just blurry and indistinct, gray wireframe outlines of nothing much. I can see that there is a few tall buildings on the hillward side of the road, and lower buildings on the seaward side, but we can see nothing of the architecture. Is there still a path for the public to walk around the edge, and is it generous or is it skinny and miserly? Every time there is a weekend cycle race, where do they go? Through the middle, round the edge, or out the back?

At present, the pictures presented are deliberately undefined, and that’s not good enough for me (I am rather picky). There is so much more that we need to know before we can feed back to the Council. Who is the architect? Where are their plans? What about the urban designer? And the landscape architect? The engineer? I want to know the team involved, to get a feeling of what the project is going to be like. Is there a road between the two rows of housing, and what would it be like living in that back row on the ground floor? Would that work? Can it work? How would it work?

We need to speak about Courtenay