I mentioned this project in passing the other day, in a post about the return of the cranes to the city skyline, and thought its worth having a bit of a closer look at it this morning. I’ve been sneaking off into Moore Wilson’s car park to take photos every so often, and so this first photo is from a few months back, when just a…

Following on from the previous post, where the power of the mighty telephoto reduced tall buildings to flatness in a single bound, we here at the Fish thought that it might be time to try that trick on other streets.  Flattening out perspective, as shown here in the classic (but I’ve always thought, slightly dodgy) example of Albrecht Durer from 1525 “Draughtsman drawing a recumbent woman”…

Tory Street, named after a settler ship bringing population to Poneke, has for many years been a skinny urban backwater. The road is too narrow to work as a fast route for four-wheeled commuters, but this results in a nice walkable street, certainly less windy than Taranaki. It is populated by small, quirky businesses set in small, quirky buildings: the Mall drycleaners, the Hawthorn Lounge, the Tory Urban Retreat and Moore Wilson‘s. Big businesses and big buildings are largely unknown, the exception being Telecom’s stumpy tower blocks near Courtenay Place.

However change is in the air – as well as a perplexing plethora of fly away roofs. 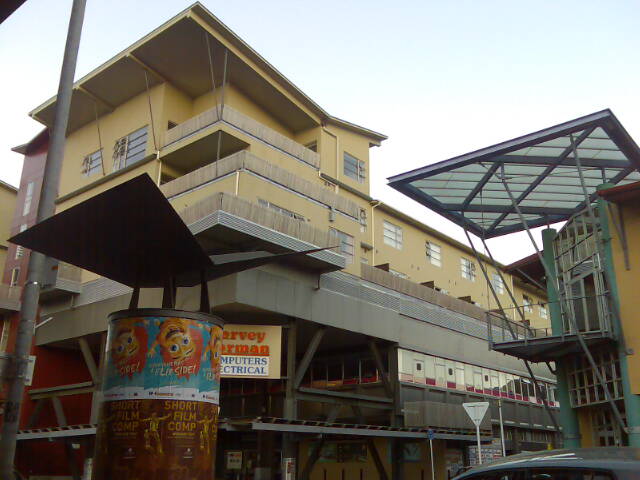